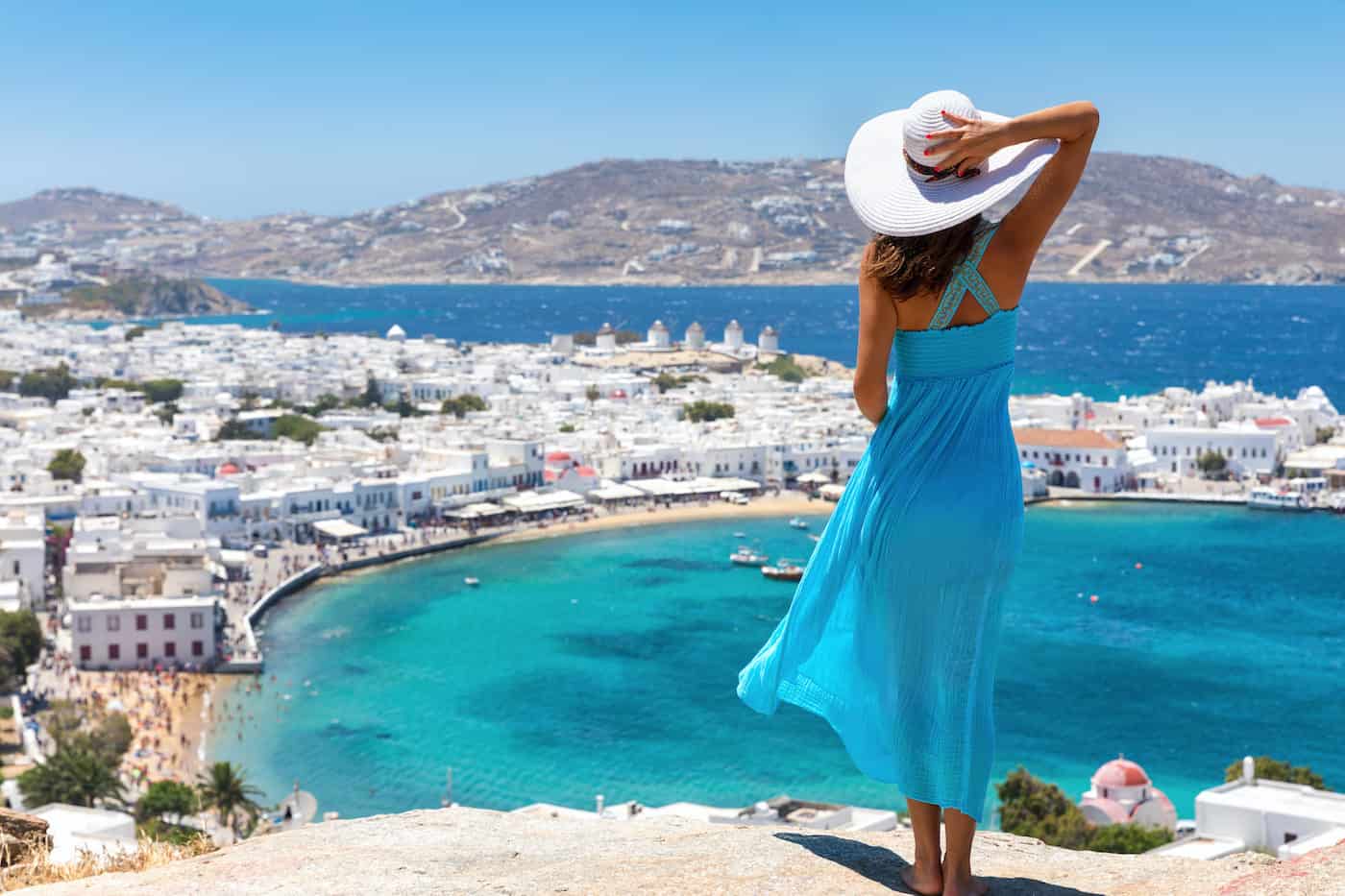 Top Things To See And Do in Heraklion

Top Things To Do In Heraklion On The Island Of Crete

One of the main attractions that brings tourists to Greece is the ability to explore its several islands, and Crete is the largest of those islands. It spans more than 8,450 square kilometers (about 3,260 square miles) and is located on the Mediterranean Sea to the south of the Aegean Sea, with a pleasantly warm temperature year-round that entices many visitors.

Crete’s administrative capital and largest city is Heraklion, a port with a population of more than 140,000. With so many people living there the city has built up a fantastic infrastructure of great shops, dining establishments, bars, museums, galleries and much more — and these facilities are just as much fun for tourists to explore, and explains why they come here so often.

Getting to Heraklion is easy thanks to the fact that there are three airports serving the island, so you should be able to find connections from most destinations in Europe and beyond. Alternatively, because Crete is an island you can also take a ferry to Heraklion. Whichever option you choose for your journey, you’re bound to find something fun to do.

The guide below highlights some of the top attractions in Heraklion, whether it’s always-busy sightseeing attractions like a centuries-old fortress and stunning cathedral, or whether you want to relax on a beautiful beach or spend a full day on a shopping adventure.

1. Stroll around the Old Town at the Venetian Harbor

One wonderful way to get your bearings in the port city of Heraklion is to take a stroll around the Old Town that’s located in and around the Venetian Harbor, a very picturesque and popular area. It’s free to just have a wander and familiarize yourself with the layout of the city while you pass by impressive arches and other structures dating back many years. You’ll find many colorful fishing boats in the harbor coming and going, and no matter which way you turn there are plenty of cafes, boutique shops, souvenir places and other businesses to check out.

3. Dive into military history with a tour of the Koules fortress

If you’re in the Venetian Harbor area then you should consider making a visit to the Koules fortress, which was constructed in the 1500s but remains largely intact and open to visitors. Also known as the Castello a Mare, which is an Italian name that translates as “Fort on the Sea,” this imposing structure is one of the harbor’s most impressive sights. Inside you’ll find displays explaining the fort’s role in Crete’s history, and there are various artefacts from the past that you can also see. In addition, the fort has some of the best sea views on the island.

4. Find out more about the city’s past at the Heraklion Archaeological Museum

Another way to learn even more about the city’s past is to stop by the Heraklion Archaeological Museum, which is considered to be among the best museums that can be found anywhere in Greece. It was established in 1883 and currently has at least 27 separate galleries displaying a wide range of items that date as far back as thousands of years, including art, jewelry, clay models, and more. Once you start to explore the various interesting artefacts you’ll quickly learn why the museum has fast become one of the main sights for tourists to see.

5. Get a glimpse into ancient times at the ruins of Knossos

For history buffs looking for a glimpse into the ancient times of Heraklion, an excellent place to visit is the columns, former palace, and other ruins of Knossos. This is a city that the Minoans constructed during the Bronze Age that has generated many mythological stories over the centuries involving such legends as Icarus and the Minotaur. As you might expect from a site that was a bustling city for thousands of years, it’s a sprawling complex even to this day so you should set aside plenty of time to explore it. Information on site will give you valuable knowledge about how the city used to operate, covering everything from sanitary conditions through to how the Minoans designed and developed their buildings.

In addition to plenty of sights to see for those interested in Heraklion’s cultural history, there are also a number of attractions if you’d like to learn more about its religious past as well. The Agios Minas Cathedral was built in the 1800s and is a large structure than can be seen from far away, recognizable by its large white turrets, bright red roofing and prominent dome topping the building. It is Crete’s biggest cathedral and still in use for religious services, so depending on when you visit you might see a procession or other event taking place. Inside you will find a host of priceless religious artwork and other artefacts on the walls and ceilings, but because it’s still operating today it’s important to treat the church with the utmost respect on your visit.

7. See the city’s oldest house of worship at the Church of Saint Titus

Another important religious icon is the small and unassuming Church of Saint Titus, which has earned its place in Heraklion’s history books for many reasons — including being what many consider to be the oldest house of worship in the city. Construction on the church, which is dedicated to the Saint Agios Titus, started in 961 AD under the then-control of the Byzantine empire. The building the stands today has been built and rebuilt several times as a result of natural disasters, and the current structure dates to the mid-19th century. You can explore the church and its elaborate religious monuments on the insider, and then when you leave have a break by getting something to eat or drink at the cafes in nearby Agios Titus Square.

8. Learn even more about the past at the Natural History Museum of Create

Established in 1981, the Natural History Museum of Crete pays tribute to the island’s rich and diverse past of wildlife and vegetation. Here visitors of all ages are welcome to see informational displays, models, and more dedicated to telling the story of the insects, fish and other animals that have lived in and around Heraklion over the centuries, as well as more on the rich flora that can be found throughout the island. The University of Crete operates the museum, which is housed inside a building that was formerly a power plant. A popular feature here is an earthquake simulator, which gives you the sensation of being in the middle of one of the many large and small earthquakes that have hit Crete over the centuries.

9. Enjoy some rest and relaxation on one of the island’s beaches

Of course, a main reason that people visit Crete is for rest and relaxation, whiling away hours either sunbathing on the beach or splashing around in the sea. And Heraklion doesn’t disappoint when it comes to this kind of fun, offering a range of beaches that all have their own unique features. For example, if you’re looking for a lively beach with plenty of bars and other entertainment nearby then you consider visiting Karteros, which stretches for about 8 kilometers (almost 5 miles) and is largely populated with younger people looking for a good time. Alternatively, the beach at Amoudara is about 6 kilometers long (almost 4 miles) and tends to be somewhat quieter than Karteros, making it perhaps a better option for families.

10. Visit a vineyard to sample some Greek wines

Another relaxing but fun activity is to visit one of the several vineyards that dot the horizon of the hills found when you head south from the city. There are at least three main wine companies that have vineyards in this area, including the vineyard Lyrarakis that focuses on making wines that people living in Crete during ancient times would have enjoyed. Most wineries are open to the public and offer a host of things to do once you’re there, including tasting sessions where you can sample the wines, as well as tours of the facilities and even a chance to meet the owners. It’s a tasty and original way to spend a few hours during your stay on the island.

11. Hang out with the locals by the Morosini Fountain

To get an idea of what living in Heraklion present day might be like, spend some time sitting in Lions Square by the elaborately designed Morosini Fountain and just watch the world go by as locals hang out, shop, eat, and otherwise go about their days. There are places you can get food or drinks located around the square, or you can pose for an Instagram-ready picture by the fountain. This much-photographed structure was built in 1628 and took more than 12 months to complete, and the most prominent feature are four lions that face north, south, east and west that are placed at the top of the fountain. You’ll also see engravings depicting people and creatures from ancient Greek myths, so take your time to study the fountain in detail.

Scroll back to top

DISCLAIMER – corfu-airport.com is not the official website of CORFU AIRPORT and is an independent guide to the airport.